By KL Bar Committee May 17, 2019
5ive Star Pool & Bar, SS15 Subang Jaya, Saturday, 2 March 2019 – 20 Pool amateurs from the legal profession showed up in pairs to vie for the trophy of the 5th KL Bar Pool Open Competition. The rules were definitely made interesting for the annual event. The team that scored the break was to make the choice for the tournament to be played in accordance with either the rules of 8-Ball or the rules of 9-Ball. The format was based on double-elimination; the players had to lose two rounds before getting knocked out. A handicap system and alternate breaks were included to even out the competition. 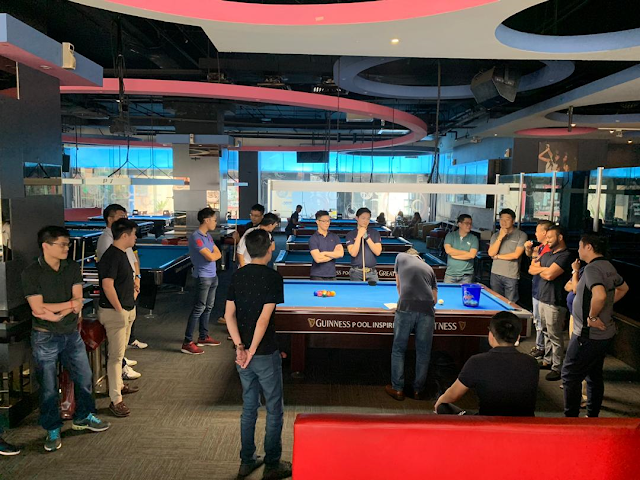 The traditional view is that 8-Ball is a game of tactics which requires more precise moves. In this type of game, the player has to nominate which pocket he or she intends to pot each ball into. On the other hand, a 9-Ball game is fast-paced and is apt for strategic players where “lucky pots” are counted instead. That means that no nomination of any pocket is required prior to potting a ball. The popular opinion on tournament day appeared to lean towards the 9-ball format which seemed more fun and perhaps a little easier than 8-ball and so, 9-ball it was!

There were many fresh faces on and off the pool table - one mixed doubles pair even turned up at the scene with a group of supporters! The participants were served IKEA hotdogs and curry puffs to keep their energy and strength up for the long afternoon. Some junior lawyers also benefited from tips and friendly advice from their more experienced and seasoned opponents. The competition was a friendly one and was played in good spirits. 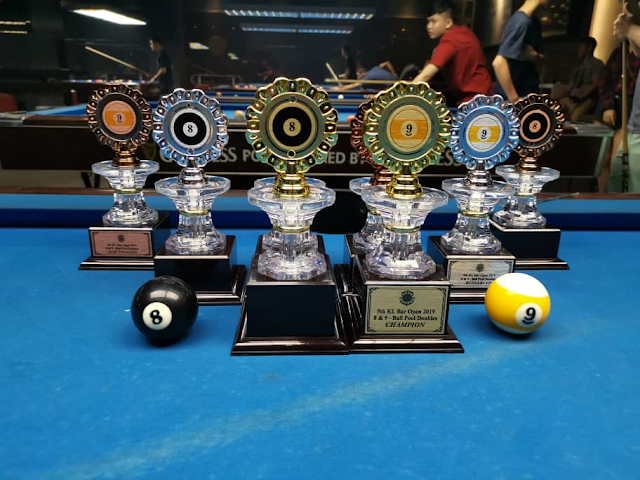 The competition got keener as it progressed through the rounds. The partners of each team had to ensure effective communication with each other whilst striving for and sustaining a steady mind. There were indeed outstanding skills that were displayed and there were many thrilling “YouTube shots” that drew roars of applause from the players and supporters alike.

After a thoroughly exciting time, the winners of the competition were declared.

The prize winners of the 5th KL Bar Pool Open Competition were: